By bike to work: first participation and first place

In May, Foxconn Slovakia participated for the first time at a national campaign, main goal of which is to support the development of non-motorized transport, especially cycling. And right at the premiere, our colleagues cycled most kilometers from Nitra companies.

Five cycling teams of totally 16 men and two women actively participated at the event. Together they cycled more than 3390 kilometers. The most successful participant has pedaled over 657 km, the most active colleague did 40 trips to or from work. All this in poor weather in May, which looked like a rainy and cold October. But the conditions were the same for all participants.
Participants among our colleagues appealed on creation of better conditions for cyclists in the Nitra region, including building of bicycle lanes. These activities could take cars from full streets. Safe access for cyclists to industrial parks should be an automatic part of such projects, which would help to improve the environment and encourage more people to use more environmentally friendly forms of transport instead of cars. 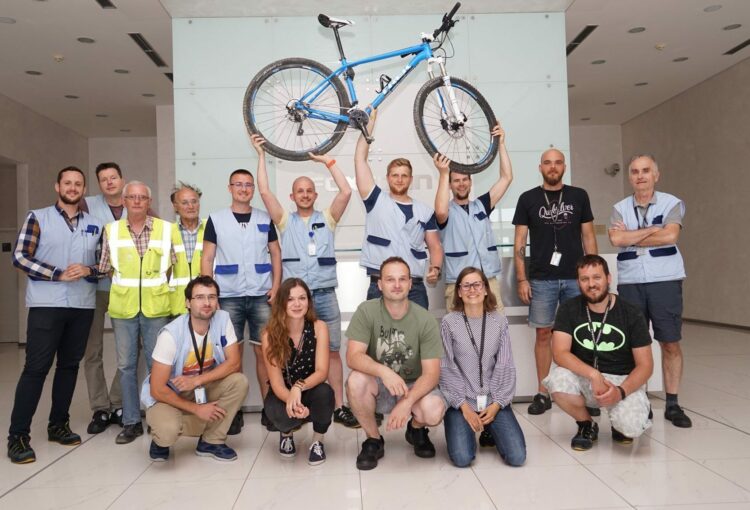